Bonka Hristova – lay judge, Sofia city court (term 2007 – 2012). On the Bulgarian side, she initiated the communication with the European Network of Associations of Lay Judges (ENALJ) and represented the Republic of Bulgaria at the European Day of Lay Judges in London, United Kingdom and Brussels, Kingdom of Belgium.

Programmer; she participated in an American film production. 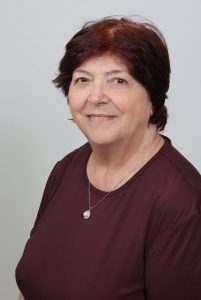